Following an introduction from Governor Sununu in the United States, The General Chemical Group Inc, a NYSE-listed company headquartered in New Jersey, engaged our firm to advise on a major chemical project in China. Initially this involved our preparation and submission of a short list of major Chinese chemical companies with the assistance of our leading Chinese network of contacts for a joint venture using the US technology owned by General Chemical.

After short-listing the five largest chemical companies, this was negotiated down to the Tangshan Sanyou Group Co Ltd operating in Tangshan, Hebei Province. The project negotiations were conducted in a number of different locations, including New York, Hong Kong and Beijing before all commercial points were agreed. The detailed legal documentation comprised some hundreds of pages. The initial joint venture involved a cash contribution which was subsequently replaced by the transhipment of our client’s chemical plant from Michigan to China as its equity share in the joint venture. All the necessary Chinese government approvals were obtained from such bodies as the China Commodity Inspection Bureau in Hebei Province and the Ministry of Commerce. The joint venture structure used was the hybrid cooperative or contractual joint venture. 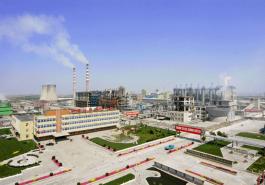