Our firm acted as legal counsel to an Australian listed mining corporation on this major gold project in Senegal, West Africa.

The project negotiations required five trips to Senegal in one year (taking 35 hours of travel each way) and involved a contested bid against the French Government’s La Source company. At one stage this matter was referred to arbitration at the International Chamber of Commerce in Paris and ICSID in Washington against the Senegalese government.

This project involved the acquisition of the mining rights from the French government’s exploration arm, which was transferred to a new entity called La Source.

Due to a major US investment in the mining company, we worked together with Governor John Sununu, the former Chief of Staff of the White House in the senior President Bush’s administration, who was brought in to deal with the political relationships in Senegal, and thereafter we retained that business relationship with Governor Sununu in Azerbaijan and China. 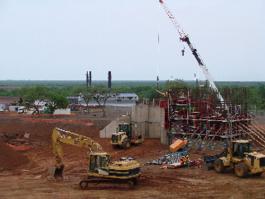